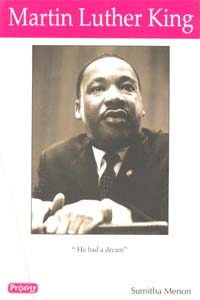 Martin Luther King is known as the greatest leader in the history of the African-American protest for equality and one of the great spiritual leads of mankind. Inspired by mahatma Gandhi, he led a non-violent movement that paved the way for equal rights for African Americans in the USA. In 1964, King became the youngest person to receive the Nobel Peace Prize for his work to end segregation and racial discrimination through civil disobedience.

King was assassinated on April 4, 1968, in Memphis, Tennessee. He was posthumously awarded the Presidential Medal of Freedom on 1977 and Congressional Gold Medial in 2004.